Skip to content
FREE SHIPPING ON ORDERS $99+ (U.S. ONLY)
Search 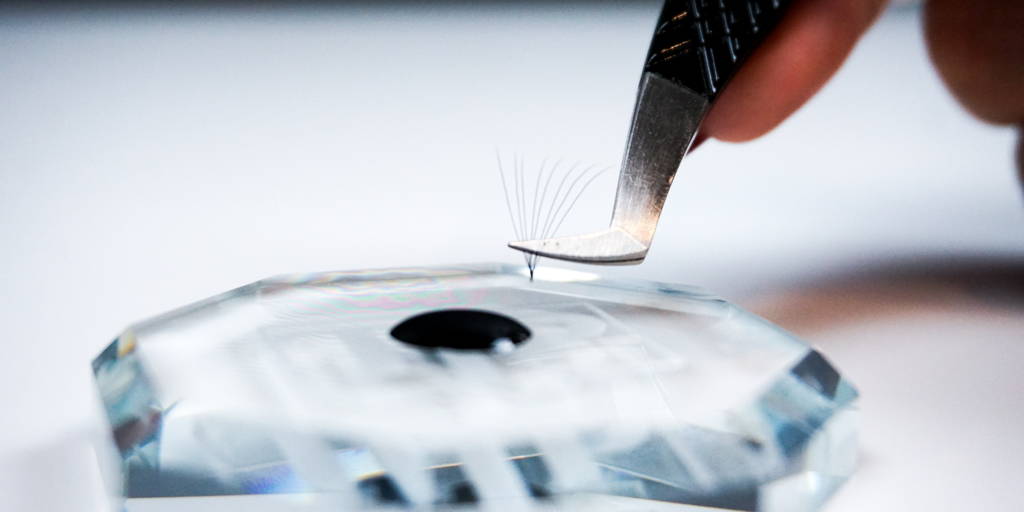 There’s no question that lash artists can’t use just ANY tweezers to lash. Yet there are so many lash extension tweezers out there, from different brands and quality tweezers, to different sizes and shapes! There aren’t many resources that break these products down for artists who are new in this space. Consider this your Professional Lash Extension Tweezers 101 Crash Course!

It’s true, there are TONS of tweezers for lash extensions. They break up into sub-categories, though, so I’m going to focus on those sub-categories to make sure you are fully acquainted with them, before diving deeper! So, of all of these tweezer options, what tweezers are the best tweezers to use, and in what situations do you use them?

What are they? These are the most straightforward and, in my opinion, the most important! They are straight tweezers with a slight curve on the underside that allows the artist to place them against the client’s brow without having them extend and rest on the lid of the eye.

What are they used for? Isolation duh. These babies will keep your work clean and simple. They allow the artist to separate and ISOLATE each individual lash that they intend to extend, preventing any adhesive from migrating to other lashes.

When are they used? ALWAYS! Whether the artist is applying classic or volume, they will absolutely always want to use isolation tweezers.

Are there different variations? Yes, slight variations of curves are available to cater to specific artist preferences.

What are they? Straight tweezers are generally what artists start out with. They are literally straight…tweezers… yep. Just straight. They are long and narrow with a tapered point at the end.

What are they used for? They allow the artist to easily pick up and place individual extensions on each isolated natural lash.

When are they used? Straight tweezers are most commonly used for classic lashes (one lash extension to one natural lash).

Are there different variations? There are variations of straight tweezers. They mostly range in size and length, which is based on artist preference.

What are they? These babies will make an artist the most money so listen up! Volume lash extension tweezers are long and always have some sort of curvature at the tip that tapers to a point!

What are they used for? The curvature at the tip of volume tweezers allows artists to pick up and grip multiple lash extensions at one time. Our Curved Lash Tweezer makes creating volume fans a breeze.

What are they used for? L tweezers are generally used to pick up five or more lashes at a time, as they give the artist more surface space to grip the lashes (along the “straight” of the “L,” refer to 1:15 in the video below for visual reference). J tweezers are used for five or fewer lashes as they have less surface space to grip (refer to 1:25 in the video below). Many artists choose to use one or the other because of comfort, though, rather than quantity of lashes.

There is one thing you must must must (must) remember when you are on the hunt for last tweezers: You get what you pay for. Do NOT go the cheap route. There are affordable, high quality tweezers. I promise! Do not sacrifice the quality of your daily lash tool for a low price. Quality is the most important thing to look for in extension tweezers.

Finding “quality” is so easy, too. Just search for medical grade steel. Yep, it is that easy. Medical grade steel sterilizes, doesn’t rust, and is sturdy! Be careful though, I have run in to some professional companies that advertise their tweezers as medical grade steel, yet they rusted! Totally not cool. Your lash extension tweezers are your best friend so be sure you buy tweezers from a reputable company that you trust and always test your tweezers to ensure they don’t rust or bend easily.

Where to Buy Eyelash Extension Tweezers

Like I said, there are tons of places that sell lash extension tweezers. You can easily find tweezers on Amazon, Wishapp, as well as a lot of wholesale manufacturers overseas! The quality lash suppliers and companies are a little harder to find, though. Dig deep and look for good reviews. Avoid buying lash products from large internet retailers and stick to companies that specialize in your trade!

Ok… now I’m going to go on a mini rant about The Lash Professional, because I really just love and support their products and company! The Lash Professional tweezers are medical grade steel, they have glowing reviews, and I use them EVERY day. They are perfectly, ergonomically designed to help lash artists lash to the best of their ability! Check them out and grab a pair while you are at it; you will be so glad you did.

Your lash tweezers will be with you through thick and thin. One day your tweezers will wear (they are very fragile) and need to be replaced. When that day comes, make sure you know everything there is to know about tweezers and what you want (and need). If you take away one thing from my jibber-jabber about lash tweezers, remember quality is most important and you get what you pay for!