Skip to content
FREE SHIPPING ON ORDERS $99+ (U.S. ONLY)
Search

Cluster Lashes: Why to Avoid Them & Lash Alternatives 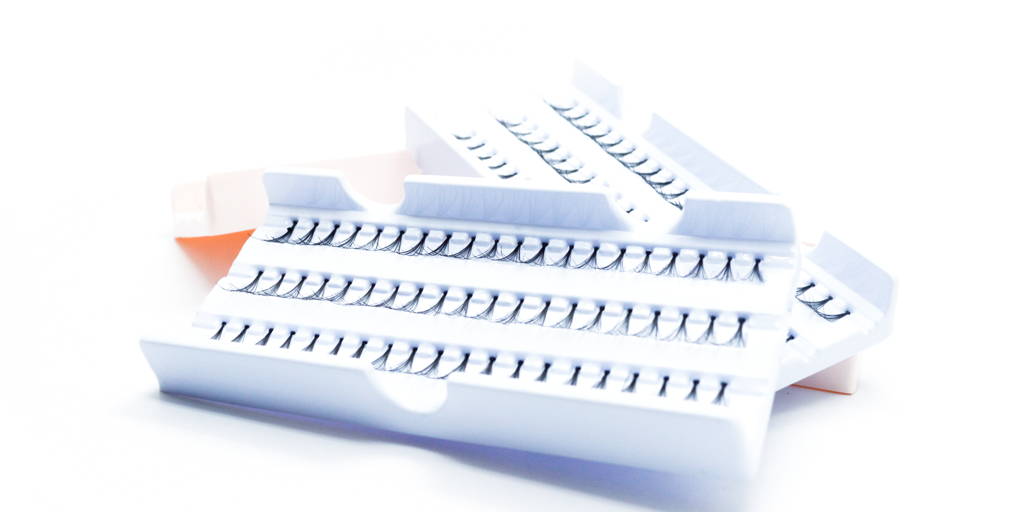 When training to be a lash artist, you're going to learn a lot about eye anatomy, causes of irritation and infection, and best practices. You're also going to learn about the different types of eyelash extensions, and why some are better than others. This is undoubtedly when you'll be exposed to the cluster lashes vs. individual lashes debate.

Cluster lashes are fans of lashes that can be attached to eyelids to create a dramatic look. They were really popular several years ago, but have been surpassed by alternatives like individual eyelash extensions. Cluster lashes should be avoided if at all possible, and it's helpful to know why so you can explain it to your clients.

Why Should You Avoid Cluster Lashes?

First, you may be wondering, are cluster eyelashes safe? That's not really the issue. All on their own, clusters are "safe." The story changes once they are applied, though, because of what they can do to your eyelashes.

One of the main reasons cluster lashes should be avoided is that there's a good chance they'll damage your natural lashes by pulling them out prematurely.

You see, cluster lash extensions are bunched –– clustered –– together, which makes them quite heavy. Unlike lash extensions, which are applied to natural lashes individually, clusters are applied to multiple lashes, and more adhesive than normal is needed. The fact that they're so heavy and attached to multiple lashes puts too much strain on your natural lashes.

When clusters fall out, they can end up taking many natural lashes with them. This makes it harder to get new lash extensions or to get fills to keep a look going strong. And, if cluster lashes are used too often, you also run the risk of suffering permanent eyelash loss.

As if all that weren't enough, cluster lashes increase the risk of infection. The amount of glue and clusters' weight can combine to create matted lashes. This might hinder normal shedding, preventing new eyelashes from growing out and leading to ingrown lashes, styes, and more. Ugh!

Another reason to stay away from cluster lash extensions is that they simply won't last very long. They're a very temporary solution. Though they're often worn for longer, clusters really shouldn't be worn for more than a day, and won't last longer than a week.

One last thing: All that stuff about cluster lash weight, glue, irritation, and infection? Sleeping with clusters on only exacerbates things. Those in the know understand that falling asleep with cluster lashes on is a big no-no!

Why Do People Choose Cluster Lashes?

Given how harmful they can be to natural lashes, why do people still opt for cluster lashes vs. individual lashes?

A big reason is that individual lash extension applications can take a lot of time. We've got places to go and people to see. Blocking out enough time for lash extensions seems difficult, if not impossible. So, those in search of a dramatically voluminous look see cluster lash extensions as a quick fix.

Clusters are also tempting due to how cheap they are. But, you get what you pay for, and what you get isn't much, or for very long.

Cluster lashes come with a lot of baggage, but there are no such issues with individual lashes! Regular lash extensions, like these from The Lash Professional, are applied with care and precision to individual lashes.

The best lash artists also take great care to reduce the chances of irritation and infection with eyelash extension tape and gel pads.

If it isn't lash shedding season, most individual lashes can last for several weeks with proper care, falling out with the natural lashes they're attached to. And, with regularly scheduled infills, a look gained with individual lash extensions can be maintained for months!

What To Choose: Cluster Lashes vs. Individual Lashes?

The Lash Professional has a variety of incredibly useful online and live training courses, whether you're setting out on the road to becoming a lash boss, or just want to freshen your knowledge. Taught by Master Lash Educators, you'll learn all about lash extensions, how to start and run your business, and of course, why to avoid cluster lashes. Above all, you'll come to appreciate how important it is to always give your clients the very best advice, products, and services.

Do yourself and your clients a favor: Take whatever training courses you can, avoid cluster lashes, and then stock up on high-quality individual lash packs and other eyelash extension supplies and tools from The Lash Professional! Seriously, The Lash Professional has everything you need to become the best lash artist you can be, so get in touch today!